The origins of Desdevpro can be traced back to early 2003 when a group of like-minded coding enthusiasts teamed up to enter a software development contest (long before the word, 'Hackathon' was coined!). What started as an after-school hobby club, with purely academic intent, attracted a flurry of commercial projects. We went professional, under the banner of 'Desdevpro'. Starting with desktop application development, we moved to the web, ventured into the world of CG with 3D modeling and animation, and also toyed with robotics. Commercial operations at Desdevpro ceased in 2010.

Now, this serves as my space to share my thoughts and notes from my experiments, as I juggle my time between working a day job as a web-developer and my numerous side-projects. 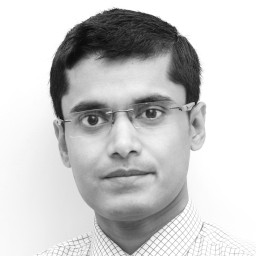 I am a web-developer, hardware hacker, CG enthusiast, avid DIYer and a big proponent of free (as in beer) sharing of knowledge. Can hold my end of a conversation on Raspberry Pi, photography, robotics, amateur astronomy, amateur radio and 3D modeling. On my days off, if I am not working on one of my pet projects, I can be found on a nearby hiking trail.Subir Chowdhuri